How to Change the Color and Font Size on Twitter 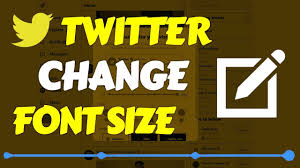 Twitter is one of the most popular social media in the whole world. Twitter is a social networking and microblog service that allows users to send and read text-based messages of up to 280 characters. Twitter users can do status updates on Twitter which are referred to as tweets . Twitter has become one of the ten most visited sites on the Internet.

But the color theme of Twitter itself is very pungent in the eyes and makes it less attractive to young people. Did you know that we can change the color of the Twitter theme? Here’s how:

2. Press full options on the left side of the page and select “Settings and Privacy”.

3. The page will be directed to the settings page. On the settings side, we select the “Display” menu in the General section.

Thus the tutorial How to Change Color and Font Size on Twitter, good luck.