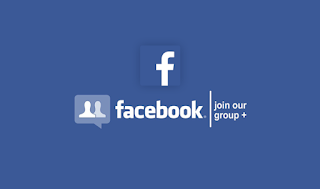 Facebook tips this time are about preventing someone from adding us to Facebook groups anymore. As a social media user Facebook certainly has experienced this, even up to many times every day. Suddenly we have joined a Facebook group who knows where it came from and who knows what the purpose of this group is. Obviously this is really not fun, because it can be said to be very disturbing our privacy as Facebook users. Even by some Facebook users, these obscure groups have even mushroomed in the group list, because there is no power to inhibit or stop unscrupulous facebook users who add someone to the useless Facebook group.This kind of thing can be said as an attack on Facebook users. If we look at the pattern, it seems that people who often add other people to this obscure group are the same facebook account. Even to the point that this person adds another person 3 times a day to different Facebook groups.On the other hand we don’t necessarily scold someone who often adds to this obscure group. Because it could be that this person’s account has been compromised by malware or it might have been broken by someone, then the account is used for unpleasant interests.From the case of “adding a Facebook account to the group ‘, it seems that it has pushed most Facebook users to present their own tools to prevent others from adding someone’s Facebook account to the group they don’t want. Other users also expect optional tools so that someone added to a particular Facebook group can choose to join or not.Unfortunately, the expected tools are not yet available on Facebook. Although these suggestions have been made by Facebook users who feel disturbed by this unpleasant action.However, to avoid being added by someone on the Facebook group again, you can take the following precautions.

Prevent someone from being added to a Facebook group by checking options so that they cannot be invited again.To do this you need to log in to your Facebook account > click the dropdown menu (arrow pointing down)> Manage Groups > Your Group . Find the group that you want to leave membership> click the Gear icon > Exit Group . Then provide a check as marked in the following image, then Leave Group .

Prevent someone from being added to a Facebook group by removing friendships with people who add.As mentioned earlier, that most of us who add us to this Facebook group are the same people. For that reason, although this action is a bit extreme and sadistic, for the sake of mutual comfort it would be best to just cut off friendship with this person.The assumption is that the facebook account has been controlled by someone. If that’s not the case, then warn the person not to add us again to useless groups. However, if repeated again, then you should take steps to dismiss friendship.